Deep Learning Has Found Two Exoplanets That Human Astronomers Missed, The search for planets orbiting other stars has reached industrial scale. Astronomers have discovered over 4,000 of them, more than half using data from the Kepler space telescope, an orbiting observatory designed for this purpose.

Launched in 2009, Kepler observed a fixed field of view for many months, looking for the tiny periodical changes in stars’ brightness caused by planets moving in front of them.

But in 2012 the mission ran into trouble when one of the spacecraft’s four reaction wheels failed. These wheels stabilize the craft, allowing it to point accurately in a specific direction. In 2013, a second reaction wheel failed, leaving the mission in jeopardy.

As a fix, engineers devised a way for the crippled spacecraft to continue gathering data with less precision and more noise. They called this part of the mission K2. Astronomers continued to find new exoplanets in the K2 data, but at a much lower rate than before.

That led them to an interesting possibility. Clearly, the exoplanet signatures must still be present but were being missed because of the extra noise. If someone could find some way to systematically remove this noise and study the resulting signals, then the missed exoplanets could be revealed.

Enter Anne Dattilo and colleagues at the University of Texas at Austin, who have created a deep-learning neural network called AstroNet-K2 that can perform this data analysis for itself. The researchers say it dramatically speeds up the process of mining the K2 data and has even spotted exoplanets that experienced astronomers had missed.

The process of discovering exoplanets involves several stages. First, astronomers must extract the light curves for each star, showing its brightness over time. Then they study each curve to see how it changes over time.

The neural network performs exactly this process and then filters the data set. For example, because exoplanets are tiny relative to their parent star, any light curve with a variation greater than 3% is labeled a binary star system. The variation in light must also be periodic to indicate an exoplanet, so single variations can be ignored too.

In this way, the neural network filters out a large percentage of false positives. “AstroNet-K2 is highly successful at classifying exoplanets and false positives, with accuracy of 98% on our test set,” say Dattilo and co.

When the team put it to work on the noisy K2 data, it immediately discovered two exoplanets. Between December 2016 and March 2017, Mars passed through Kepler’s field of view. The Red Planet is particularly bright compared with the background stars and so introduces all kinds of scattered light and noise, which mask exoplanet signatures.

But while this confused human astronomers, AstroNet-K2 quickly spotted the new exoplanet signatures. The first is a super-Earth-size “puffy” planet with a volatile envelope orbiting a sun-like star every 13 days. It has a surface temperature of about 750 °C.

The second is a rocky super-Earth planet also orbiting a sun-like star but with a period of just three days. So it is much closer and hotter—about 1,400 °C, hot enough to melt aluminum.

This research has the potential to automate much of the work involved in exoplanet hunting. One big advantage is that machine-based discovery does not suffer from the same kinds of biases that humans might show. 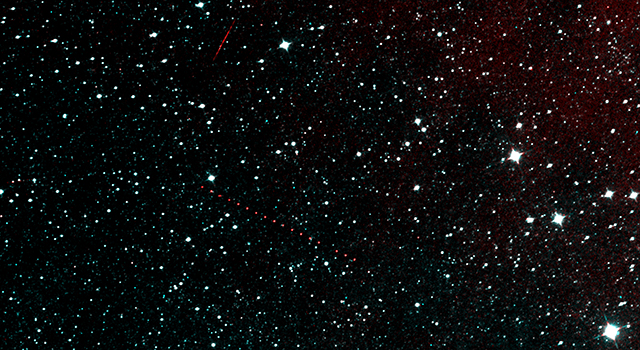