How To Tell Whether Machine-Learning Systems Are Robust Enough For The Real World, MIT researchers have devised a method for assessing how robust machine-learning models known as neural networks are for various tasks, by detecting when the models make mistakes they shouldn’t.

Convolutional neural networks (CNNs) are designed to process and classify images for computer vision and many other tasks. But slight modifications that are imperceptible to the human eye — say, a few darker pixels within an image — may cause a CNN to produce a drastically different classification. Such modifications are known as “adversarial examples.” Studying the effects of adversarial examples on neural networks can help researchers determine how their models could be vulnerable to unexpected inputs in the real world.

For example, driverless cars can use CNNs to process visual input and produce an appropriate response. If the car approaches a stop sign, it would recognize the sign and stop. But a 2018 paper found that placing a certain black-and-white sticker on the stop sign could, in fact, fool a driverless car’s CNN to misclassify the sign, which could potentially cause it to not stop at all.

However, there has been no way to fully evaluate a large neural network’s resilience to adversarial examples for all test inputs. In a paper they are presenting this week at the International Conference on Learning Representations, the researchers describe a technique that, for any input, either finds an adversarial example or guarantees that all perturbed inputs — that still appear similar to the original — are correctly classified. In doing so, it gives a measurement of the network’s robustness for a particular task.

Similar evaluation techniques do exist but have not been able to scale up to more complex neural networks. Compared to those methods, the researchers’ technique runs three orders of magnitude faster and can scale to more complex CNNs.

The researchers evaluated the robustness of a CNN designed to classify images in the MNIST dataset of handwritten digits, which comprises 60,000 training images and 10,000 test images. The researchers found around 4 percent of test inputs can be perturbed slightly to generate adversarial examples that would lead the model to make an incorrect classification.

“Adversarial examples fool a neural network into making mistakes that a human wouldn’t,” says first author Vincent Tjeng, a graduate student in the Computer Science and Artificial Intelligence Laboratory (CSAIL). “For a given input, we want to determine whether it is possible to introduce small perturbations that would cause a neural network to produce a drastically different output than it usually would. In that way, we can evaluate how robust different neural networks are, finding at least one adversarial example similar to the input or guaranteeing that none exist for that input.”

Joining Tjeng on the paper are CSAIL graduate student Kai Xiao and Russ Tedrake, a CSAIL researcher and a professor in the Department of Electrical Engineering and Computer Science (EECS).

CNNs process images through many computational layers containing units called neurons. For CNNs that classify images, the final layer consists of one neuron for each category. The CNN classifies an image based on the neuron with the highest output value. Consider a CNN designed to classify images into two categories: “cat” or “dog.” If it processes an image of a cat, the value for the “cat” classification neuron should be higher. An adversarial example occurs when a tiny modification to that image causes the “dog” classification neuron’s value to be higher.

The researchers’ technique checks all possible modifications to each pixel of the image. Basically, if the CNN assigns the correct classification (“cat”) to each modified image, no adversarial examples exist for that image. 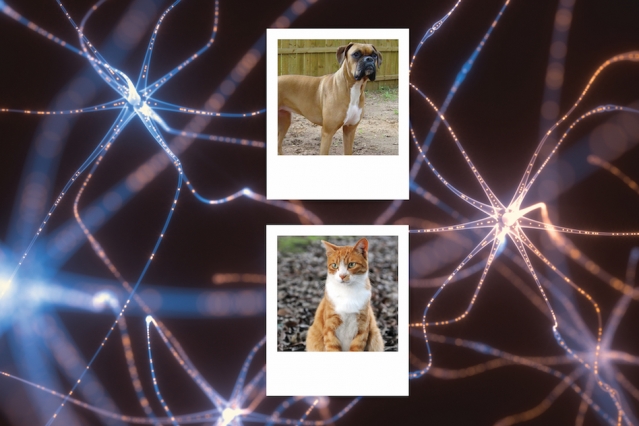