Why Google Believes Machine learning Is Its Future, One of the most interesting demos at this week’s Google I/O keynote featured a new version of Google’s voice assistant that’s due out later this year. A Google employee asked the Google Assistant to bring up her photos and then show her photos with animals. She tapped one and said, “Send it to Justin.” The photo was dropped into the messaging app.

From there, things got more impressive.

“Hey Google, send an email to Jessica,” she said. “Hi Jessica, I just got back from Yellowstone and completely fell in love with it.” The phone transcribed her words, putting “Hi Jessica” on its own line.

Google is also working to expand the assistant’s understanding of personal references, the company said. If a user says, “Hey Google, what’s the weather like at Mom’s house,” Google will be able to figure out that “mom’s house” refers to the home of the user’s mother, look up her address, and provide a weather forecast for her city.

Google says that its next-generation assistant is coming to “new Pixel phones”—that is, the phones that come after the current Pixel 3 line—later this year.

Obviously, there’s a big difference between a canned demo and a shipping product. We’ll have to wait and see if typical interactions with the new assistant work this well. But Google seems to be making steady progress toward the dream of building a virtual assistant that can competently handle even complex tasks by voice.

If you ask machine learning experts when the current deep learning boom started, many will point to a 2012 paper known as “AlexNet” after lead author Alex Krizhevsky. The authors, a trio of researchers from the University of Toronto, entered the ImageNet competition to classify images into one of a thousand categories.

How computers got shockingly good at recognizing images

The ImageNet organizers supplied more than a million labeled example images to train the networks. AlexNet achieved unprecedented accuracy by using a deep neural network, with eight trainable layers and 650,000 neurons. They were able to train such a massive network on so much data because they figured out how to harness consumer-grade GPUs, which are designed for large-scale parallel processing.

AlexNet demonstrated the importance of what you might call the three-legged stool of deep learning: better algorithms, more training data, and more computing power. Over the last seven years, companies have been scrambling to beef up their capabilities on all three fronts, resulting in better and better performance.

READ MORE ON (Why Google Believes Machine learning Is Its Future): ARS TECHNICA 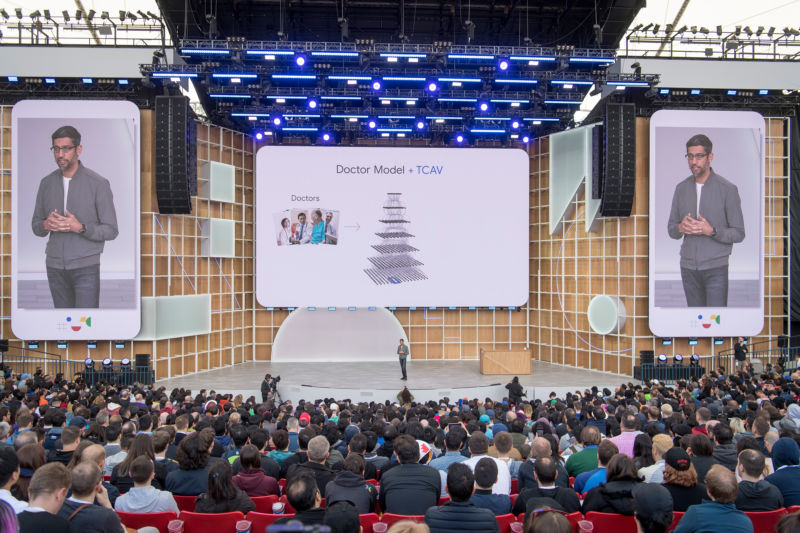