Using Robots and Artificial Intelligence to Understand the Deep-Sea, In order to best conserve and manage marine biodiversity, scientists need accurate information on what inhabits the seabed. One way to collect such data is with autonomous underwater vehicles (AUV) mounted with cameras.

However, the problems lie with processing the data collected. Now, new research led by the University of Plymouth finds artificial intelligence (AI) could help with the task.

Marine scientists and robotics experts tested the effectiveness of a computer vision (CV) system in identifying sea creatures and found it to be around 80% accurate. The system could even be 93% accurate if enough data is used to train the algorithm.

“Autonomous vehicles are a vital tool for surveying large areas of the seabed deeper than 60m (the depth most divers can reach). But we are currently not able to manually analyze more than a fraction of that data. This research shows AI is a promising tool but our AI classifier would still be the wrong one out of five times if it was used to identify animals in our images,” said Ph.D. student Nils Piechaud, lead author on the study.

“This makes it an important step forward in dealing with the huge amounts of data being generated from the ocean floor and shows it can help speed up analysis when used for detecting some species. But we are not at the point of considering it a suitable complete replacement for humans at this stage.”

The study saw one of the UK’s national AUVs, called the Autosub6000, collect more than 150,000 images in a single dive from around 1200m beneath the ocean surface on the northeast side of Rockall Bank, in the North-East Atlantic. Researchers then analyzed 1,200 of these images manually containing 40,000 individuals of 110 different kinds of animals.

They then used Google’s Tensorflow, an open-access library, to teach a pre-trained Convolutional Neural Network (CNN) to identify the species found in the AUV images. They found the method had an 80% rate of accuracy whereas humans perform within a range of 50 to 95%. 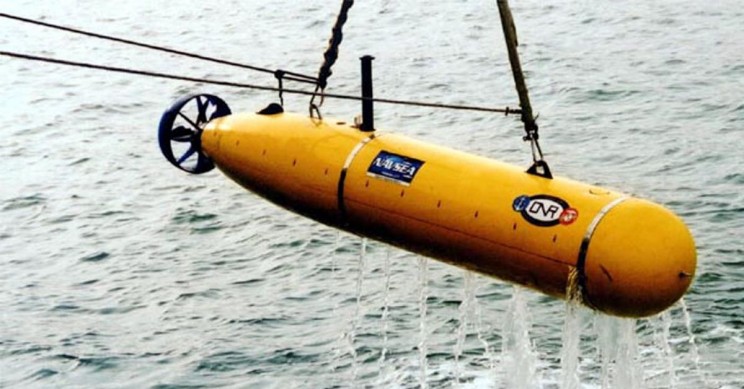