Home > Artificial Intelligence > Why Is AI Reporting So Bad? Why Is AI Reporting So Bad You’ve seen the headlines: “AI can read your mind,” “AI is brewing your next whisky,” “AI is better than doctors at something or other,” “This AI sounds so convincing it’s too dangerous to release into the wild,” and on and on. And, of course, the ubiquitous, AI is destroying jobs.

Most people can agree that the coverage of the phenomenon of artificial intelligence in the popular media is bad. AI researchers know it, some reporters know it, and probably the average consumer of media suspects it.

The headlines are mostly filled with urgent appeals to panic, and the substance of articles is vague, obscure, and anthropomorphized, leading to terrible presumptions of sentience. Fifty years ago, Drew McDermott at the MIT AI Lab had a great term for such misleading characterizations. He called it, “artificial intelligence meets natural stupidity.” Back then, McDermott was addressing his peers in the AI field and their unreasonable anthropomorphizing. It seems these days, natural stupidity is alive and well in journalism.

Why is that the case? It is the case because a lot of writing about AI is not about AI, per se, it is writing around AI, avoiding what it is.

What’s missing in AI reporting is the machine. AI doesn’t operate in a mysterious ether. It is not a glowing brain, as seen in so many AI stock photography images. It is an operation of computers. It is bound up with what computers have been and what they’re becoming. Many seem to forget this.

Computers are and always have been function machines: They take input and transform it into output, such as, for example, transforming keystrokes into symbols on a screen.

Machine learning is just a function machine, some of whose properties are shaped by data. 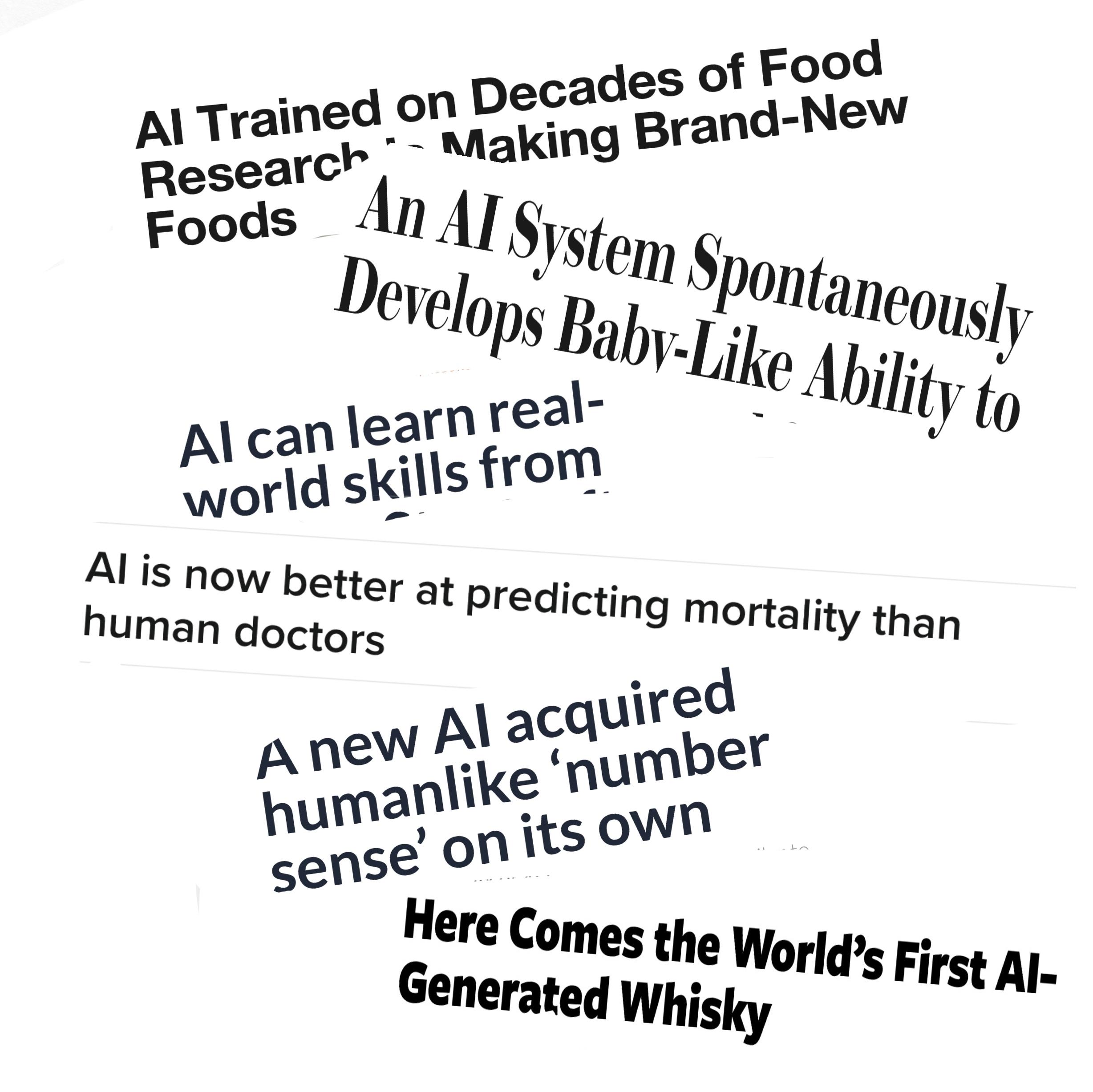