Our Brave New World : Why the Advance of AI Raises Ethical Concerns

Our Brave New World: Why the Advance of AI Raises Ethical Concerns Nearly every day, we hear about new advances in AI that enable new ways to monitor activities and people, transforming many processes in our day-to-day life.

What we may then hear every other day is how AI can exacerbate racial and gender bias and pose a threat to privacy, job security, and economic well-being. It could possibly even spark a war in the view of Elon Musk.

As explained in Facial Recognition Concerns: Microsoft’s Six Ethical Principles, “The widespread use of Artificial Intelligence-powered facial recognition technology can lead to some new intrusions into people’s privacy.”

Given the ability to capture people’s image and identify them on public streets in the name of security, people are rightfully concerned that they will lose their ability to maintain any privacy. That extends to environments at school and work, as detailed in the article.

A  2018  New York Times article raised another concern with the headline, “Facial Recognition Is Accurate if You’re a White Guy.” The problem is this:

“The darker the skin, the more errors arise — up to nearly 35 percent for images of darker-skinned women, according to a new study that breaks fresh ground by measuring how the technology works on people of different races and gender.”

The source of these figures is Joy Buolamwini, a researcher at the MIT Media Lab, and the founder of the Algorithmic Justice League (ALJ). She has devoted herself to uncover how biases seep into AI and so skew results for facial recognition.

Others have also pointed out the potential for racial bias being reinforced by AI, most notably, Cathy O’Neil in Weapons of Math Destruction: How Big Data Increases Inequality and Threatens Democracy. What she calls “math destruction” is the “result of models that reinforce barriers, keeping particular demographic populations disadvantaged by identifying them as less worthy of credit, education, job opportunities, parole, etc.”  Our Brave New World : Why the Advance of AI Raises Ethical Concerns

Ethical concerns about AI as an existential threat

“AI is a fundamental risk to the existence of human civilization,” asserted Elon Musk in 2017 during an interview before an audience at the National Governors Association Summer Meeting. You can see it in full in this video:

Ethical concerns about AI and jobs

In July 2017, the Wall Street Journal published the article, Robots Are Replacing Workers Where You Shop. It described some of the tech already replacing human employees at Walmart stores. 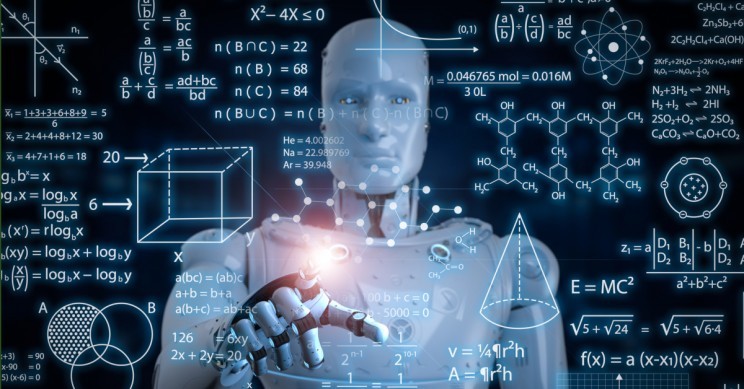