Developing Artificial Intelligence Tools For All To demystify artificial intelligence (AI) and unlock its benefits, the MIT Quest for Intelligence created the Quest Bridge to bring new intelligence tools and ideas into classrooms, labs, and homes. This spring, more than a dozen Undergraduate Research Opportunities Program (UROP) students joined the project in its mission to make AI accessible to all. Undergraduates worked on applications designed to teach kids about AI, improve access to AI programs and infrastructure, and harness AI to improve literacy and mental health. Six projects are highlighted here.

Training an AI model often requires remote servers to handle the heavy number-crunching, but getting projects to the cloud and back is no trivial matter. To simplify the process, an undergraduate club called the MIT Machine Intelligence Community (MIC) is building an interface modelled after MIT’s Project Athena, which brought desktop computing to campus in the 1980s.

Amanda Li stumbled on the MIC during orientation last fall. She was looking for computer power to train an AI language model she had built to identify the nationality of non-native English speakers. The club had a bank of cloud credits, she learned, but no practical system for giving them away. A plan to build such a system, tentatively named “Monkey,” quickly took shape.

The system would have to send a student’s training data and AI model to the cloud, put the project in a queue, train the model, and send the finished project back to MIT. It would also have to track individual usage to make sure cloud credits were evenly distributed.

This spring, Monkey became a UROP project, and Li and sophomore Sebastian Rodriguez continued to work on it under the guidance of the Quest Bridge. So far, the students have created four modules in GitHub that will eventually become the foundation for a distributed system.

“The coding isn’t the difficult part,” says Li. “It’s the exploring the server side of machine learning — Docker, Google Cloud, and the API. The most important thing I’ve learned is how to efficiently design and pipeline a project as big as this.” 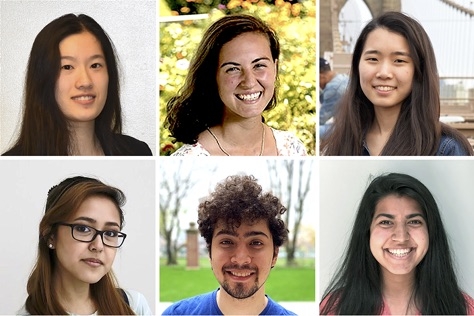