The World’s Best Supercomputers Are Being Updated To Run AI Software Faster. The upgrades include changes to make AI programming simpler—and to speed up powerful machines for specific AI tasks.

The news: The International Supercomputing Conference (ISC) kicked off in Frankfurt yesterday with the release of the latest list of the 500 most powerful supercomputers in the world. US machines still top the ranking, but China has the most computers on the list (219 versus 116 for the US).

Supercomputers have already turbocharged some AI applications. For example. the US’s Summit supercomputer (pictured above), which leads the Top 500, has already run a complex machine-learning model for climate research faster than any other machine.

Still, AI researchers say gaining access to supercomputers can be a challenge because they are in high demand, while preparing programs to run on them is a relatively complicated and time-consuming exercise. At this year’s event, supercomputer makers and operators showed how they plan to make that easier.

Bag it up: Japan’s fastest supercomputer, ABCI, has turned to software “containers” developed by chip maker Nvidia, whose chips it also uses. The containers bundle together an application with the digital libraries and other supporting software needed to run it. ABCI’s operator says that using these containers has enabled the machine to run deep- learning models far faster.

Geospatial AI: Meanwhile, US supercomputer maker Cray unveiled new software that makes it much easier for its machines to run AI programs that learn from geospatial data such as satellite images. It claims a new deep-learning plug-in will significantly reduce the time needed to train models used in everything from weather forecasting to oil exploration.

Why it matters: Many AI programs run on banks of less powerful machines linked together in the computing cloud. But if supercomputers can be better adapted for AI tasks, they should power even more advances in the field. 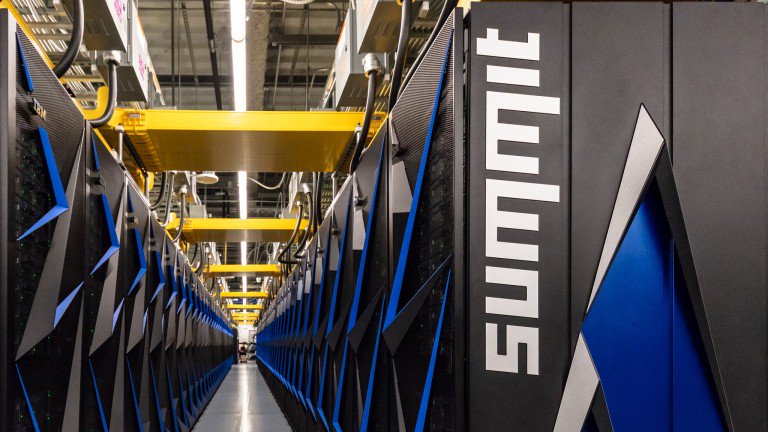