As a part of its FaceTime update in iOS 15, Apple introduced a replacement set of features designed for shared experiences — like co-watching TV shows or TikTok videos, taking note of music together, screen sharing and more — while on a FaceTime call. The feature, called SharePlay, enables real-time connections with family and friends while you’re hanging out on FaceTime, Apple explained, by integrating access to apps from within the decision itself. 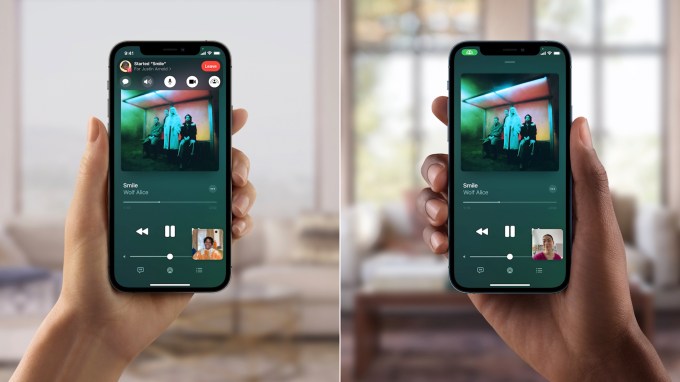 Apple demonstrated the new feature during its Worldwide Developer Conference keynote this afternoon, showing how friends could press play in Apple Music to concentrate together, because the music streams to everyone on the decision . Shared playback controls also let anyone on the decision play, pause or jump to subsequent track.

The company also showed off watching video from its Apple TV+ streaming service, where the video was synced in real-time between call participants. This was a well-liked trend during the pandemic, as people looked to virtually watch movies and television with family and friends, prompting services like Hulu and Amazon Prime Video to feature native co-watching features.

But Apple’s SharePlay goes much further than streaming music and video from just Apple’s own services.

The company announced a group of launch partners for SharePlay including Disney+, Hulu, HBO Max, NBA, Twitch, TikTok, MasterClass, ESPN+, Paramount+, and Pluto TV. It’s also making an API available to developers in order that they can integrate their own apps with SharePlay. 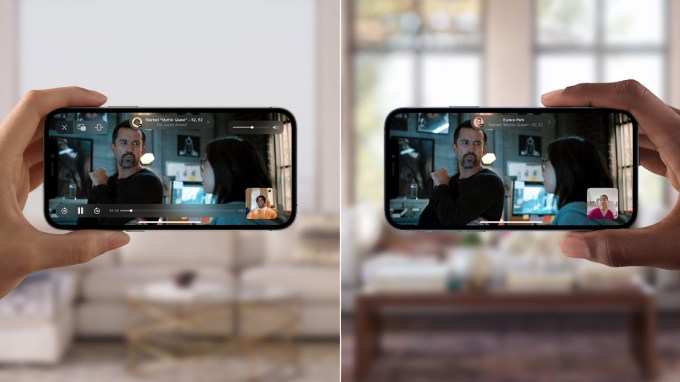 Users can screen share via SharePlay, too, so you’ll do things like browse Zillow listings together or boast a mobile gameplay, Apple suggested.

“Screen sharing is additionally an easy and super effective thanks to help someone out and answer questions right within the moment, and it works across Apple devices,” noted Apple SVP of Software Engineering, Craig Federighi.

The feature will roll out with iOS 15.